***PLEASE NOTE THIS MIZ IS CANON DIVERGENT IN TERMS OF HIS REAL LIFE RELATIONSHIP. HE IS NOT WITH MARYSE. Any character who already knows him would be aware he's had an on/off relationship with JoMo.***

NCWA Win-Draw-Loss Record: 1-0-3
Current NCWA Feud: Updates each time your character is in a feud. 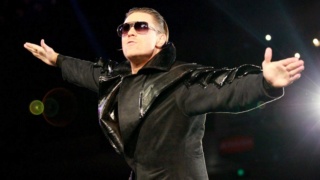 Entrance: During his entrance, he wears a hooded vest or jacket and sunglasses. His theme is Downstait's 'I came to play'. He ignores the crowd as he makes his way to the ring.

Introduction Promo:
Casey Johnson is shown, sitting in a squashy looking armchair. He is dressed in jeans and a Fozzy t-shirt. To one side of him is a small tv screen, which is currently blank.

Casey: G’day mates! Casey’s commentary is back - but no longer just restricted to a tiny Melbourne promotion where next to no one outside of the city will find it. Nope, this time I get to cover the fast-rising NCWA and there’s no shortage of material here! -he chuckles- Now, first off, here’s this asshole.

He gestures to the screen, where a picture of Egan appears.

Casey: This stupid, smug bastard is lucky he hasn’t had his head bashed in by any number of people yet - Jimmy Havoc especially. Doesn’t seem to have any real sense of the trouble he’s dragging himself into…

Casey trails off, looking up as someone walks on screen, the Miz.

Casey: Yeah, I know, but you're early-

Miz: -cutting him off- Hold up, what even is this?

He gestures around the whole set, shaking his head. With a click of his fingers, the scene changes. Now, there are two, director-style chairs in front of a dark purple curtain and a much nicer looking screen. In between the two chairs sits a small table with two mugs on it.

He sits down, Casey looking confused as he does the same in his new chair.

Casey: What the hell did you do to my set?

Miz: I improved it.

Casey: -he picks up a mug, turning it so that a logo is visible, reading ‘the Dirt sheet’- This looks awfully familiar…

He snaps his fingers again and the scene jumps slightly. The logo bearing mugs are gone, replaced with glasses of water.

Miz: -casually, as if nothing happened- So, this Egan Archer guy with the horrid colours! Wears a coat to the ring, poses, thinks he’s better than everyone…

Casey: Didn’t you used to tag with a guy like-

Casey: He’s very loyal though, it seems...although a bit secretive.

Miz: -scoffs- You know what else is that loyal? A dog. Besides, he’s with a guy who’s named after a damn potato!

Casey tries not to laugh, putting a hand to his mouth.

Miz: -looks at him with a soft smile- I’m sorry, I took over your show here. I was talking to Kai Anoai the other day and he mentioned there was someone starting a show much like one I used to run. I found some of your older ones by the way. Awesome.

Casey smiles for a moment before a look of confusion crosses his face. He shrugs it off though and continues.

Casey: So the last show didn’t quite go as I thought. I was expecting the fancy British gentleman to win the tag titles to be honest.

Miz: Yeah, well Barrett’s hardly been bringing his A-game from what I’ve heard recently. He slipped further and further downhill once the Nexus ditched him. Marty Scurll’s been doing pretty decent though, I guess.

Casey: I thought Nolee Angle and that Jacen guy’s wins were pretty impressi-

Miz: -cuts him off- Really? Really? -he scoffs and shakes his head- In my opinion ...which is awesome… the show’s full of B-grade talents at best. With the exception of Havoc, who I’m inclined to say is great, because I’m not a total fucking moron who wants his teeth kicked in!

He looks pointedly at Casey, who looks embarrassed and turns away, brushing a hand through his blonde hair.

He stops and waits until Casey turns back, to look at him.

Casey: -cautiously, eyes narrowed as he watches Miz- Did I know what…?

Miz: I’m going do it. I’m going to join the show. For its own good. It needs me.

Casey looks relieved and lets out a sigh.

Casey: Oh! Well I’m glad you weren’t just waiting to throw out a lame pun or something…

Miz: It’ll be koala-tea entertainment. -he smirks- Get it?

Casey: -curses under his breath- Yes.

Miz: Because I’m quality entertainment, and you’re Australian so…

Casey lets out a frustrated groan, raising his hands in defeat as the video ends