NCWA Accomplishments: To fill out when you win a title or major match.
Non-NWCA Accomplishments: Shine Champion (undefeated reign, relinquished title willingly upon leaving)
NCWA Win-Draw-Loss Record: Starts at 0-0-0. First column gets updated when you win, second for draws, third for losses.
Current NCWA Feud: Updates each time your character is in a feud.


Finisher: Yari (Spear)
Appearance: Rin has long, straight, black hair that hangs past her shoulders. She has brown eyes. Her ring gear is black and white, her shirt having a single, kimono style sleeve. 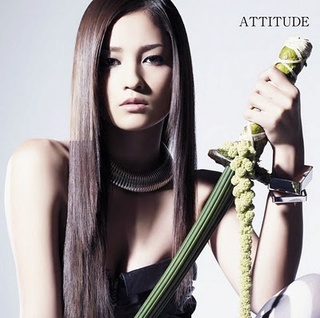 Entrance: 'Oath', by Utada Hikaru.
To the slow, piano tune, she appears on the darkened stage, kneeling. The lights come on and she gets to her feet, performing a slow, twirling dance in her flowing kimono before she makes her way to the ring. She ascends the steel stairs, where she poses with a spotlight on her, both arms in the air. Rin then gets into the ring, performing more of the twirling dance again before tossing her kimono out to the ringside crew to hold for her.

The scene fades in to show the back of a woman dressed in a black and purple kimono, her long hair tied back with a ribbon. She is holding a katana in one hand, blade pointed to the ground. Cutting to a shot of the woman from the front shows her eyes are shut and in front of her stands a long stick of green bamboo. Suddenly, she opens her eyes and makes a number of quick movements, cutting the bamboo four consecutive times before holding the blade at her side again.
The women then focuses on the camera; a fierce look in her eyes and a hint of a smirk on her face. When she speaks, her voice is both soft and strong sounding.

Woman: I am Rin Takahashi. I come from Japan, where my family has lived for many generations. My plan was to stay and wrestle here, but our most popular show, New Japan Pro Wrestling, does not allow women and most companies made only for us have been closed down. I do not want to miss out on something I love, simply because men think we are not good enough, so I signed up for this ‘NCWA’ after hearing they would be different.

She frowns, shaking her head.

Rin: I may follow a lot of traditions, but I will not stand for men’s rule of ‘speak when you are spoken to’ or ‘women must do all the housework’. We have just as much right to choose what we want. And I choose to fight. Especially, when men think their advances are justified even when unasked for and it leads to injury! I. Will. Stop. Them.

Turning back to the bamboo, Rin raises her katana again with both hands, the scene cutting out as she swings her sword.